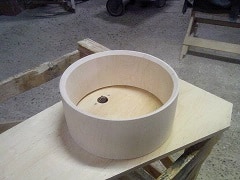 The Birth of TH Drums

Firstly, let’s talk about how the very first custom drum was born. It all started 6 years ago. Tarmo Herkül’s the founder of TH Drums, journey in the world of drums started in 1975. He has been a member of various bands and has used an array of different drums. 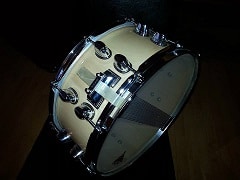 However, this led him to an idea – “What if I could make my own custom drum?”. And so in March 2014 Tarmo Herkül made his first official handmade drum. It took about a month and it was a maple stave drum made by Tarmo and his barrel maker friend.

Besides drum produce, they also created a logo. This was the birth of TH Drums.

The first custom drum gained such good feedback that it wasn’t long after the first order came in. The first drum which was made for order was a snare drum with TH custom drum lugs. 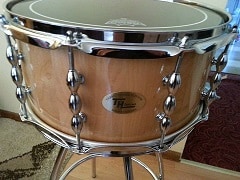 Drums All Over the World

Above all, we can proudly say that now there are lots of drummers all over the world who own a custom drum by TH Drums. One of the drum owners is Accept’s drummer Christopher Williams who has listed our custom drum into his top 5 drums in the world.

Ray Luzier the drummer of Korn is also the owner of our custom drum. He is even on the “Drum” magazine cover photo with it. However, 2015 was a game changer because TH Drums started using old wood for drum manufacturing. The idea came when Tarmo was renovating an apartment and got some fir log leftovers from the walls. Viking set was the first drumset made of recycled material. 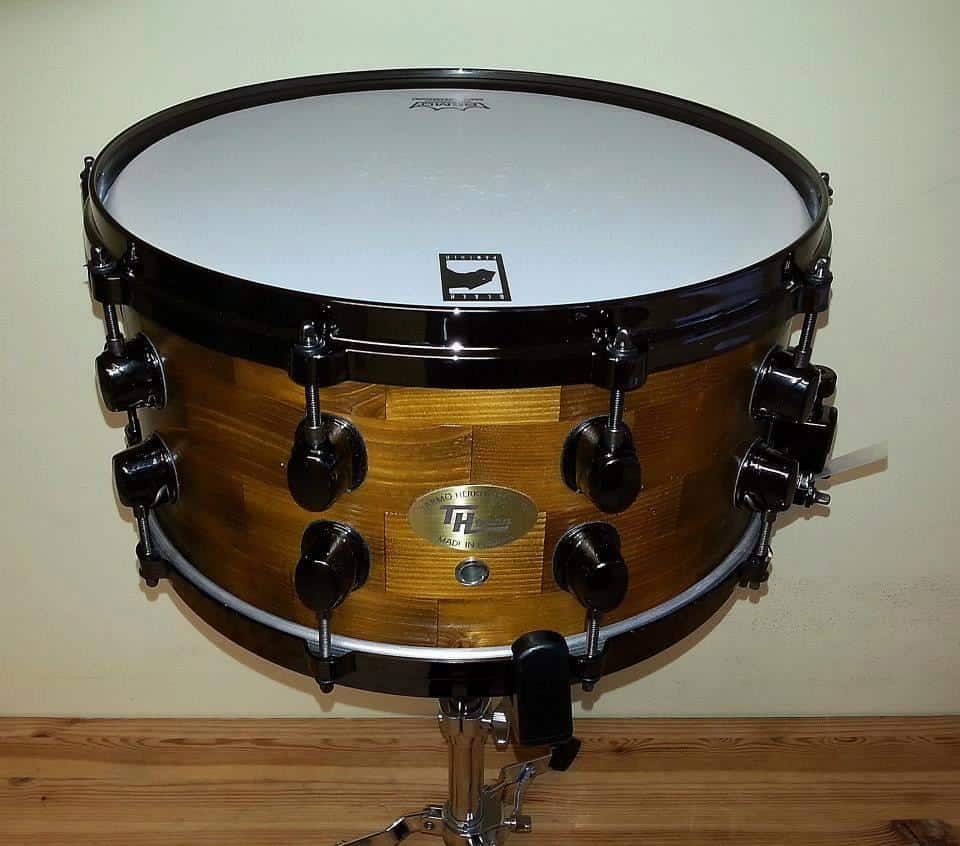 Moreover, in 2017 the TV show “Radar” created an episode with Tarmo which described how the whole workflow is done. After that, people started to offer old wood to Tarmo and from there it was the only way how the production should go – by recycling material.

See more about the drums we have made. 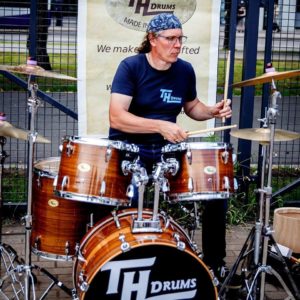 We make custom snare drums and drum sets from start to finish.
We give a new life to wood, as we mostly manufacture drums from timber that’s 50 – 300 years old.
TH Drums is a drum manufacturing company based in Tallinn, Estonia.

Any cookies that may not be particularly necessary for the website to function and is used specifically to collect user personal data via analytics, ads, other embedded contents are termed as non-necessary cookies. It is mandatory to procure user consent prior to running these cookies on your website.